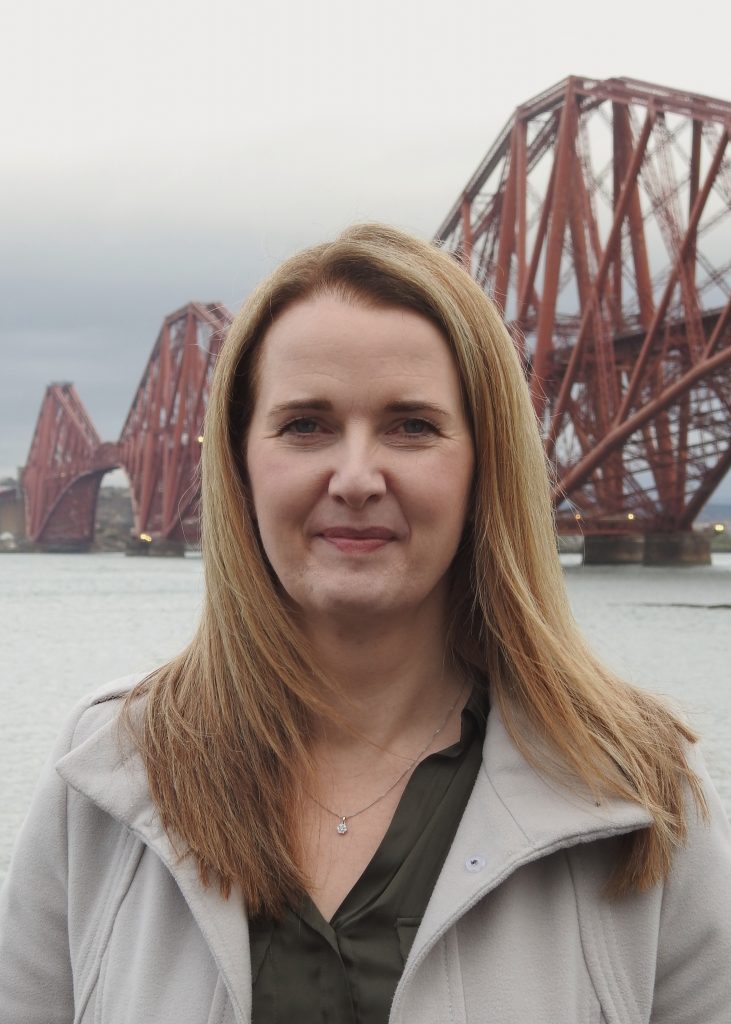 Louise had a successful career as an employment lawyer, working for a top Scottish legal firm, before her wee brother’s death turned her attentions to the world of health and safety.

Through school, university and beyond, she had “the fear” when it came to public speaking.  But, speaking to the hundreds upon hundreds who attended Michael’s funeral meant she’d never again be scared to stand in front of an audience ever again.

She now uses the skills she learned in her role as a professional support lawyer, and combines them with the strong voice she has discovered, applying them in the health and safety field, seeking to ensure others are able to head home safe to their loved ones at the end of each and every working day or night.

Louise is also a trustee of health and safety charity Scottish Hazards, and works to secure long-term funding for a health and safety advice, training and support service for workers. Her primary aim in all she does is to stop anyone else from losing their life or their loved one in a preventable workplace incident.

She is a NEBOSH Ambassador, was named the “Most Influential Person in Health and Safety in the UK” by Safety and Health Practitioner in 2018 and received the REHIS Meritorious Endeavours Award 2019.

Louise lives in Edinburgh with her two young sons. She enjoys a long walk, a not-so-long cycle, regular HIIT classes at the gym, and weekly 5-aside football.
LEARN MORE ABOUT MICHAEL'S STORY

Andy was the first client to invite Louise in to deliver Michael’s Story.  It was scheduled as a “one-off” presentation, and took place on 7 November 2012. The impact was such that the “one-off” nature of the session was soon forgotten, and he invited Louise back to tell Michael’s Story to the whole of the workforce at Rosyth Dockyard, where they were in the process of building the first of the two Aircraft Carriers.

Andy has been part of the Michael’s Story team since his retirement from Babcock International Group and now presents alongside Louise, delivering a session on Safety: The How and Why, or tailoring sessions on Leadership, Control of Contractors and Employee Engagement to name but a few.

Andy knows the challenges your organisation faces.  He started his career as an Apprentice at Babcock in Rosyth in 1976, gaining the trade of Mechanical Fitter. He went on to hold various roles in production, including Commissioning Engineer tasked with setting to work the Weapons Handling systems on submarines. Andy moved into health and safety in 1991 and progressed to hold the position of Director of Health and Safety Improvement for the Marine sector of the business.  Andy has also held senior positions within the Aircraft Carrier Alliance, leading the Safety, Health and Environment management arrangements for the mobilisation and integration associated with the HMS Queen Elizabeth Aircraft Carrier.

Like Louise, Andy is a keen footballer and a goalkeeping coach. He lives in Fife and recently became a granddad for the first time…which we’re sure he won’t thank us for publishing to the world.

LEARN MORE ABOUT SAFETY: THE HOW AND WHY 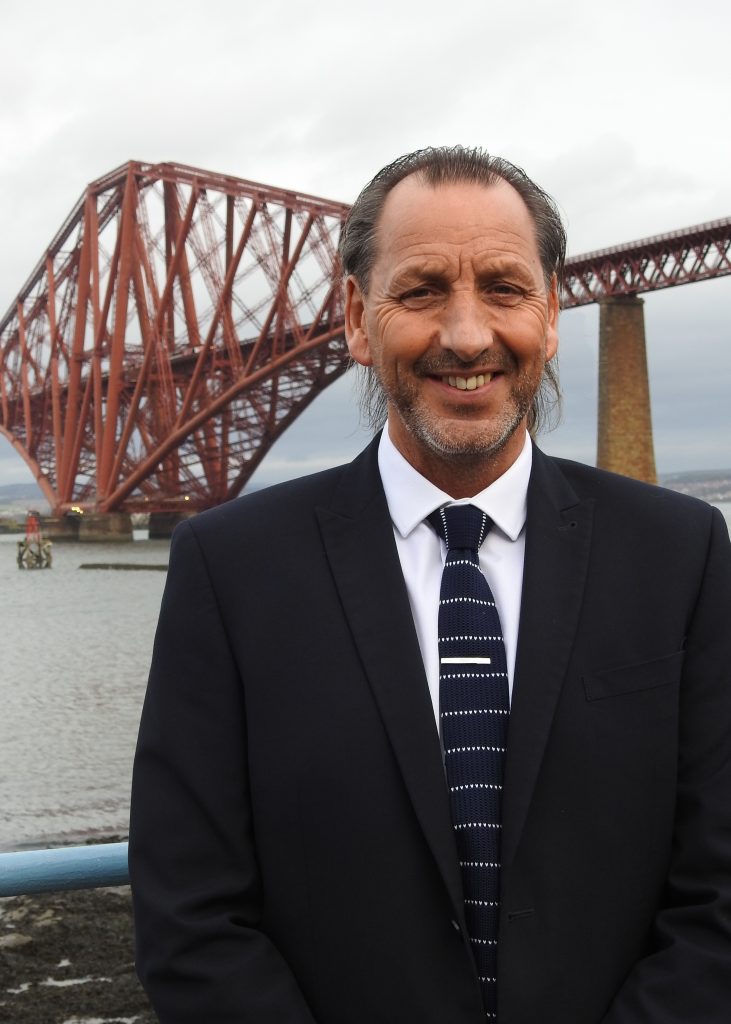 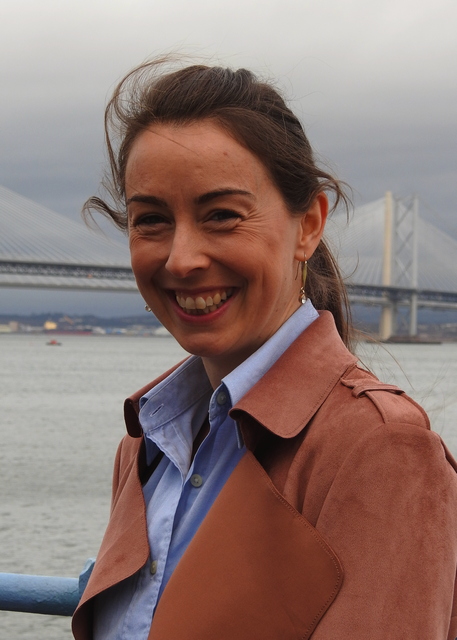 Michael’s Story requires a lot of organisation and we need someone behind the scenes to ensure YOUR presentation or use of our safety walkround or consultancy services goes off without a hitch.

That is where Jo steps in.

Jo King (do we need to make a joke here?!) handles your requests, bookings and admin pre and post event.

Having been Louise’s secretary when she was a lawyer (20 years ago), Jo has first hand knowledge of Michael’s Story having been a friend of the family during this traumatic time.

The story also inspired Jo into the world of Health and Safety when she went on to change her career to that of a Regional Health & Safety Manager for an international estate agency in Edinburgh.

She “gets” the industry which we feel is a huge asset to this role.

Jo lives by the seaside in Fife with her husband, two daughters and a Great Dane who just gets bigger and bigger…and bigger!  She loves food, travel, kayaking and wild swimming.

Our team wouldn’t be complete without Michael Adamson, Louise’s wee brother, whose story she tells.

Michael was a son, brother and a fiancé who didn’t live to become an uncle, a husband, or a dad, all of which he would have been bloody brilliant at. He was 26 years old when he died.

“A big bundle of fun & the most genuine of guys you could ever meet. He will always be remembered as the guy that bounced in and out of peoples’ homes, workplaces and wherever he was, with a cheeky smile, his usual banter and without a care in the world. He was the best friend anyone could hope for – kind, considerate and thought of everyone else before himself, and he was simply my best buddy.”  The words of his best friend, delivering his eulogy at his funeral.

He was a keen golfer, a Hearts fan, and the best of laughs (well, he’d have to be, what with being a Jambo and all!). He could be a bit of a feartie growing up – ask Louise about the roller coaster incident!

But he had grown to be the one you knew you could rely on in times of crisis.

His legacy deserves to live long.

HOW CAN MICHAEL'S STORY HELP YOUR ORGANISATION?

HOW CAN WE HELP

We use cookies on our website to give you the most relevant experience by remembering your preferences and repeat visits. By clicking “Accept”, you consent to the use of ALL the cookies.
Cookie settingsACCEPT
Manage consent

This website uses cookies to improve your experience while you navigate through the website. Out of these, the cookies that are categorized as necessary are stored on your browser as they are essential for the working of basic functionalities of the website. We also use third-party cookies that help us analyze and understand how you use this website. These cookies will be stored in your browser only with your consent. You also have the option to opt-out of these cookies. But opting out of some of these cookies may affect your browsing experience.
Necessary Always Enabled
Necessary cookies are absolutely essential for the website to function properly. These cookies ensure basic functionalities and security features of the website, anonymously.
Functional
Functional cookies help to perform certain functionalities like sharing the content of the website on social media platforms, collect feedbacks, and other third-party features.
Performance
Performance cookies are used to understand and analyze the key performance indexes of the website which helps in delivering a better user experience for the visitors.
Analytics
Analytical cookies are used to understand how visitors interact with the website. These cookies help provide information on metrics the number of visitors, bounce rate, traffic source, etc.
Advertisement
Advertisement cookies are used to provide visitors with relevant ads and marketing campaigns. These cookies track visitors across websites and collect information to provide customized ads.
Others
Other uncategorized cookies are those that are being analyzed and have not been classified into a category as yet.
SAVE & ACCEPT